The Benefits of Castor Oil 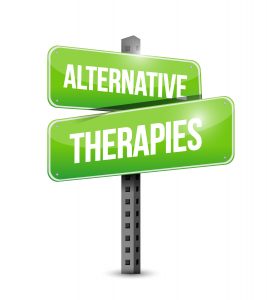 Castor oil packs are a time-honored part of the natural healing tradition. They were particularly recommended by Edgar Cayce, “the clairvoyant healer” of the early 1900s. These packs have been documented to be helpful for many conditions, including liver and gallbladder problems, kidney and uterine problems, tumors, wounds, injuries, and body pains. Constipation appears to be very much helped through the packs in both relief and cleansing the toxic byproducts of constipation via the liver.

Indeed, it is thought that castor oil’s healing properties arise out of its ability to increase circulation and stimulate a cleansing – a detoxification process in the liver and/or in the organ areas that it is placed upon. It is often helpful to take a liver support when castor oil packs are being done.

Use a castor oil-soaked cloth.  I recommend buying the castor oil from a health food store (as opposed to a drug store). For four consecutive days of every seven you are to put a pack onto your abdomen, favoring the right side more than the left (where the liver is). Have the top of your pack even with the bottom of your sternum (the central breast bone); the bottom of the pack should make it to the bottom of the right side’s outer front ribs.

You may choose to put the pack into a Pyrex-type baking pan to warm it first in the oven. Either way, put a plastic cover (any thickness) on top of the castor oil pack to keep oil from getting onto the heating pad, which is placed above it.

Start the heating pad on medium and gradually increase it to high. Wrap a large towel (beach towel works fine) around the entire torso/abdomen—you may want to fasten it with safety pins. This helps to press the warmth of the pad into the pack and onto your body.

The pack should stay on for at least one hour, and preferably 1 ½ – 2 hours. You may sleep, relax or even watch television, if need be.

The skin should be cleansed afterward by using water (preferably 2 teaspoons baking soda to a quart of water). This neutralizes any acids or other substances that may have been brought up as part of the cleansing/detoxifying process.

Store the pack in a baking pan and/or a plastic bag, and reuse as per prescribed above. A pack must never be washed. It can be added to if it dried out, if it has been refrigerated between sessions. No one else should use your pack.

There are those who recommend taking two teaspoons of olive oil nightly or two tablespoons after the third night.   This helps to push bile through the liver’s companion organ, the gallbladder.  As mentioned earlier, it is useful to take a liver-cleansing formula during this time as well.

This 4 day process can be done repeatedly over the month. With that said, even doing it once in a while on a single basis is useful. The more chronic and serious your health condition, the more you may want to invest in regularly helping your liver in this way. And remember for a weak kidney, intestinal issues, even for problematic lungs – put the pack on those regions to help them “clean house”.